Chy, Ric, Sophia and the folks at Offis are a great hosting company who turn on a range of interesting networking events that always are topic driven. 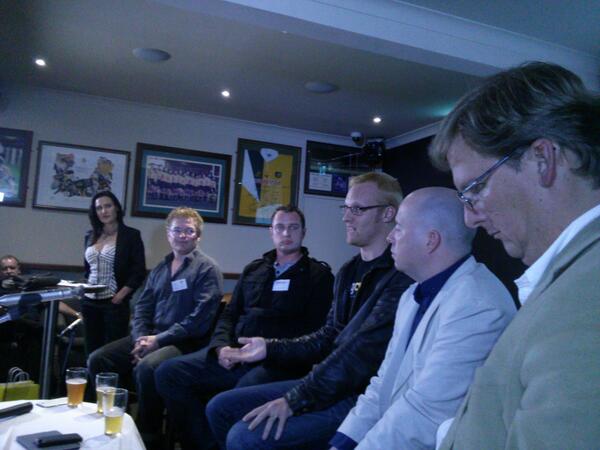 The panel (except for me)

One of their events, SkunkMonk: is agency creatives and technologist imbibing a few cold ones and talking trends.

So I was on a scary-smart panel to discuss “Mobile: Evolution or Revolution”. Its no surprise that a room full of people who create digital art MOSTLY voted for revolution but it was truly telling that they were not seeing much of it in our Australian retail sector and that most innovation was perceived to be driven by big US players.

The crowd was lively and the charismatic Renee Brack wrangled us all and FINALLY got to show us a video of her work with Borat and a hilarious Logie attempt with Chopper (around 2mins 50secs).

Here is the twitter twitter thread and a bunch of videos care of the fabulous Vimily team.

« Local Plus Mobile, The Quick & The Dead
Your Mobile App is a leaky bucket. Why Retention is critical for apps »